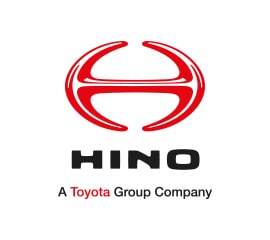 HINO
Buy Now
Back to Automotive

WORKHORSES FOR THE NEXT GENERATION

Hino Motors Limited (HML), which is now a subsidiary of Toyota Motor Corporation, was founded in 1910 and established as a separate company in 1942. Hino has a rich history in the automotive industry and is the largest manufacturer of trucks and buses in Japan.

Under the Hino brand, HML represents the Toyota Group in the global market for trucks and buses. We have a large market share in other Asian markets and in Australia, too. Global operations also serve a growing range of customers in North America and in other regions.

Hino also produces Toyota badged vehicles on commission, including the popular sport utility vehicle, the Land Cruiser Prado, and the FJ Cruiser, and supplies Toyota with dyna two-ton trucks and with Toyoace two-ton commercial vehicles on an original equipment manufacturing basis. Using the Toyota Production System to achieve continuing gains in productivity and in quality throughout its operations, Hino has adapted that system to its model line to offer customers the best possible products at competitive prices. HML operations are growing globally in step with the globalisation of the Toyota Group. One of the largest Hino plants outside Japan is a Thai manufacturing operation established in 1964. It produces axle assemblies for Toyota’s IMV model line, which includes pickup trucks and utility vehicles, as well as producing trucks under the HINO brand. Similarly, Hino manufactures parts in the United States for installation in Toyota vehicles produced in North America.

Worldwide sales of Hino brand trucks and buses total about 100,000 vehicles a year. Hino and its global distributors are working to assert an even stronger presence in the global marketplace.

Hino owners around the world cite service as a Hino hallmark. Hino strives in design and development to make vehicles as easy as possible for users and dealers to service, complemented by conscientious support through extensive service networks, which ensures reliable inspections, maintenance, and repairs for all Hino customers.