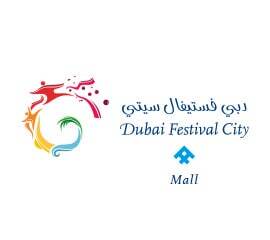 THE EPICENTRE OF DUBAI FESTIVAL CITY

ONE OF THE UAE’S MOST EXCITING RETAIL, DINING AND LEISURE DESTINATIONS

Set on the historic Dubai Creek, Dubai Festival City Mall offers over 400 world-class retailers, 75 restaurants, cafés and bistros, a 12-screens Novo Cinemas complex and parking for 6,500 cars. It also boasts a stunning marina and some of the emirate’s most photographed sunset vistas.

The mall is currently going through a major re-development scheme that will further reinforce its position as a key shopping and entertainment destination in the Emirate of Dubai and throughout the United Arab Emirates.

Located just three kilometres from Dubai International Airport and easily accessible from the Business Bay Crossing, Dubai Festival City Mall is the only mall situated on the banks of the historic Dubai Creek and features over 300 metres of waterfront dining and a 3,500 square metre food court. Dubai Festival City Mall is home to the only IKEA, Hard Rock Café, and Faby Land family entertainment destination in Dubai, as well as the largest Al-Futtaim ACE, Plug Ins and Toys R Us stores.

BACK TO REAL ESTATE