LACOSTE
Buy Now
Back to Retail 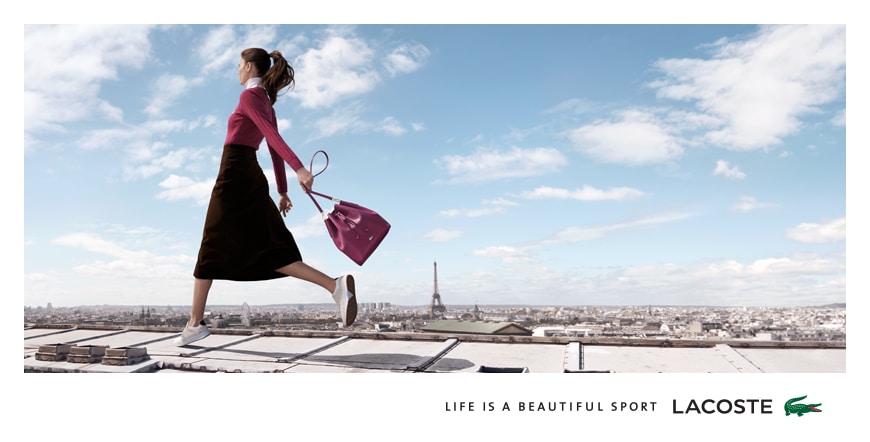 Rene Lacoste entered the legend of tennis when he and his teammates ‘The Musketeers’, stole the Davis Cup away from the Americans for the first time in 1927. The true story of the ‘Crocodiles’ began in 1927, Rene Lacoste liked to recount how his nickname became an emblem recognised throughout the world. Rene Lacoste was nicknamed ‘the Alligator’ by the American press, after he made a bet with the captain of the French Davis Cup Team concerning a suitcase made from alligator skin.

The captain had promised to buy it for him if he won a very important match for their team. The public must have been fond of this nickname, which conveyed the tenacity he displayed on the tennis courts, never letting go of his prey! Rene Lacoste’s friend then drew a ‘crocodile’, which he then had it embroidered on the blazer that he wore on the courts.

In 1933, Rene Lacoste and Andre Gillier, the owner and President of the largest French knitwear manufacturing firm of that time, set up a company to manufacture the classic logo-embroidered shirt. The champion had designed this for his own use. ‘Fresh, contemporary, classic’ are the keywords that come to mind when one looks at Lacoste stores and their quality sportswear, footwear and accessories.

Derived from the brand’s unique and rich heritage in tennis, golf and yachting, Lacoste stores provide the perfect setting for the exclusive lifestyle epitomised by the legendary ‘alligator’, Rene Lacoste.